every city has it. it is grand, it is central, it is unique, it is for everybody and it doesn’t work. there are too many controversial ideas, impatient stakeholders, major economic interests and a public administration in distress. in helsinki this is the south harbour, a scenic waterfront, which serves helsinki on a plate to its visitors, residents and passers-by alike. but the times when – as planned now – one single building, one grand architecture can do justice to such a location are gone. too many failed single visions have muted the diversity of cities which seemed to have everything in store to allow for a nuanced, multi-faceted approach.

the helsinki generator is a 13 metre high, wooden, modular and open-ended, partially covered structure located on the south-eastern corner of the south harbour. no building knowledge is needed for its con-struction. its design principles are freely available. it can be built by volunteers without prior building knowledge and allows for a low-threshold involvement with the ideas of building and urban development. its goal is to trigger a new cooperative form of development. the helsinki generator will therefore not only grant unique scenic viewpoints of the harbour, provide room to eat, drink, sauna, swim, shop and to exper-iment with potential future programmes and functions for the location; foremost it will be the place where the future of the south harbour is discussed and developed. the helsinki generator has a clear goal: in five years it will recreate south harbour for its people. 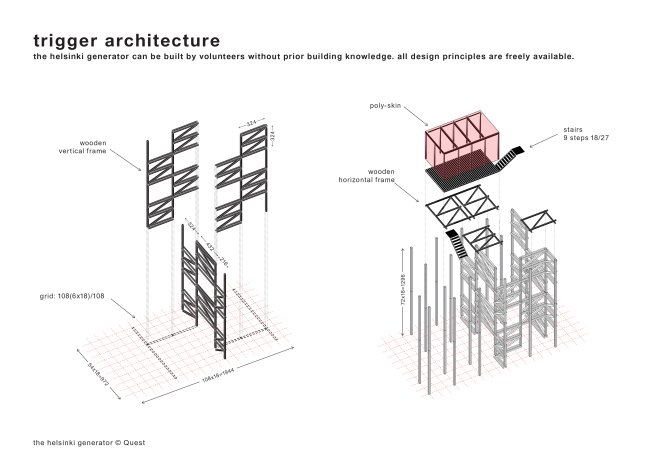 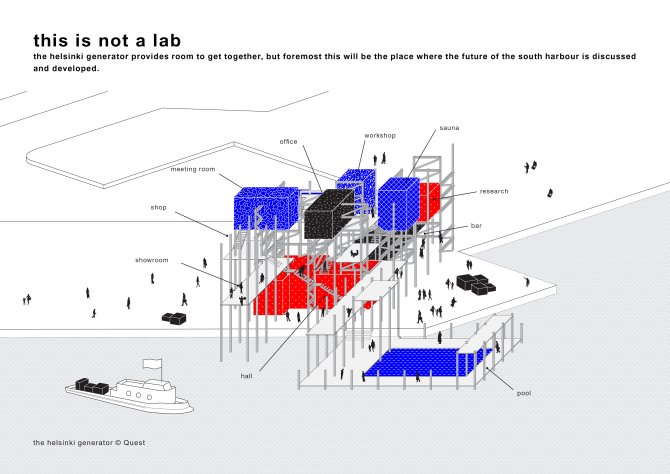 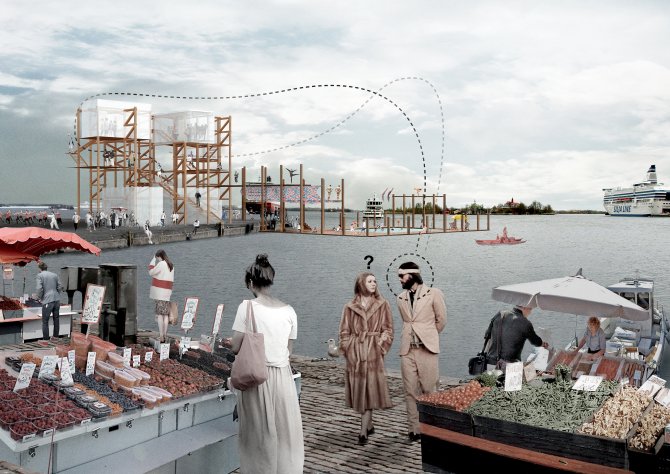 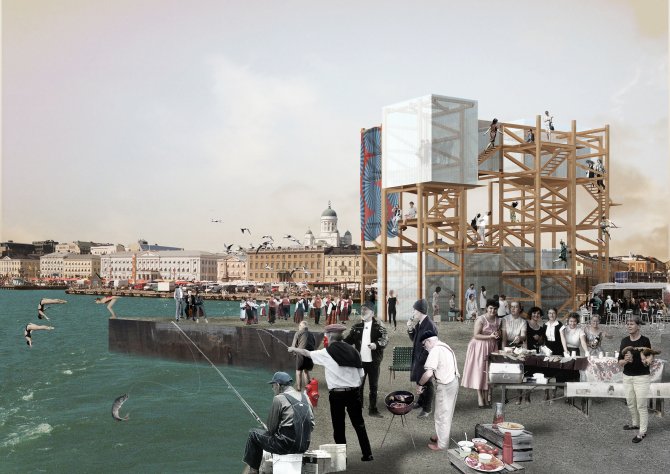 The core of the legal and organisational framework of the helsinki generator lies a development cooper-ative. the development cooperative is an urban development format established in germany as a more dynamic and transparent alternative to the international building exhibition (iba). membership to the cooperative is open to all individuals interested in the planning process. each member has one vote. the members elect a managing board which in turn commissions professionals to work on the different aspects of the development. the cooperative is funded by its members through low denomination capital deposits, through additional funds from crowdfunding or related fund raising initiatives as well as from revenues for letting out temporary commercial spaces in the generator. furthermore the cooperative facili-tates discussions and exchanges between the public, the city government and potential developers and thus guarantees the transparency of the entire process which will last for five years and will end with the completion of a detailed development scheme for the south harbour. 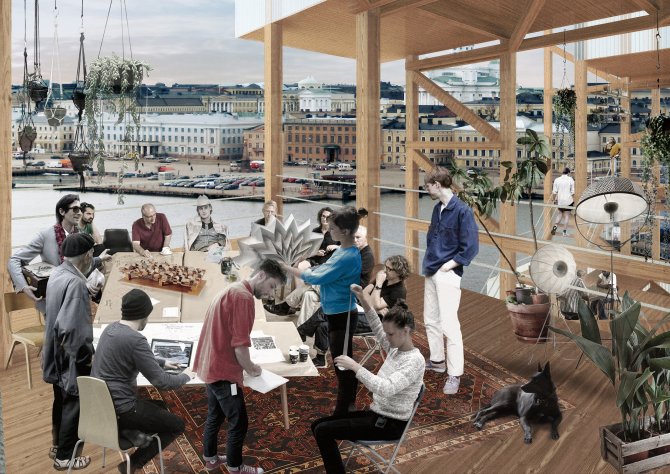